There are two main differences between French and English negative adverbs:

1. The French adverb has two parts: ne, which precedes the verb, and pas (or another word or phrase, see below), which follows it. When the verb is inverted, pas follows the subject pronoun.

When there are two verbs, ne and pas (or another word/phrase) go around the first (conjugated) verb, followed by the past participle or infinitive.

However, when there’s just an infinitive being negated, ne and pas stay together in front of it. 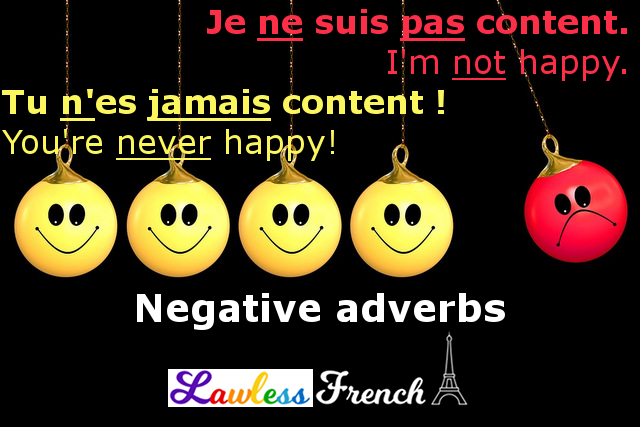