In all other respects, ne … point is used exactly like ne … pas.

b) Whereas in English negation, the helping verb "do" must be added to most verbs (learn more), in French, if there’s one verb in the affirmative, there’s just one verb in the negative.

Likewise, if there are two verbs in the affirmative, as in compound tenses/moods and semi-auxiliary verb constructions, there are two in the negative. Ne and point go around the first (conjugated) verb, followed by the past participle or infinitive.

However, when there’s just an infinitive being negated, ne and point stay together in front of it.

Certain verbs and constructions can be made negative with just ne – the inclusion of point or some other negative word is not required – learn more.

Unlike ne … point and the ne littéraire, which actually negate verbs, the ne explétif does not add any meaning – negative or otherwise – to the sentence; it’s just there to draw attention to what precedes it – learn more. 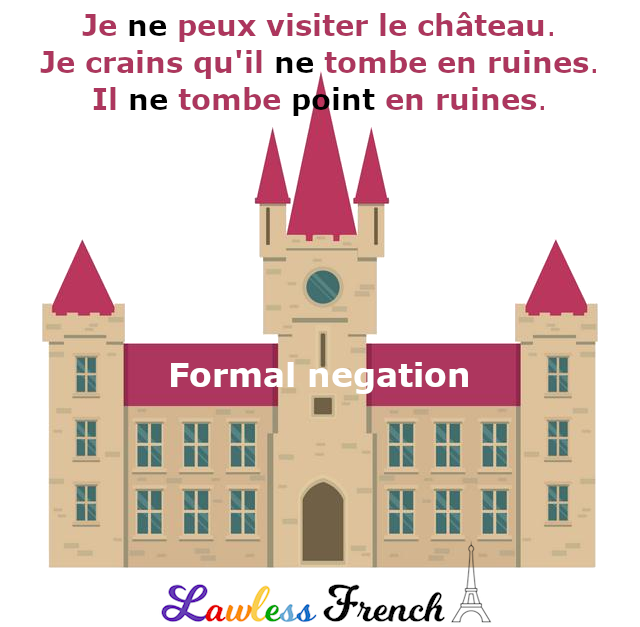