In English, there’s no risk of confusion between “never” and “ever,” which have opposing though not quite opposite meanings. In French, however, both terms can be translated by jamais, depending on what’s in the rest of the sentence.

The negative adverb ne … jamais means “never” or “not ever”:

Jamais on its own, without the negating particle ne,* means “ever.” It can only have this meaning in questions or after si:

Note that when the verb is in the past, as in the last two examples, jamais can informally be replaced by déjà:

* In informal French, ne is often dropped, but you can tell that jamais is negative by context: 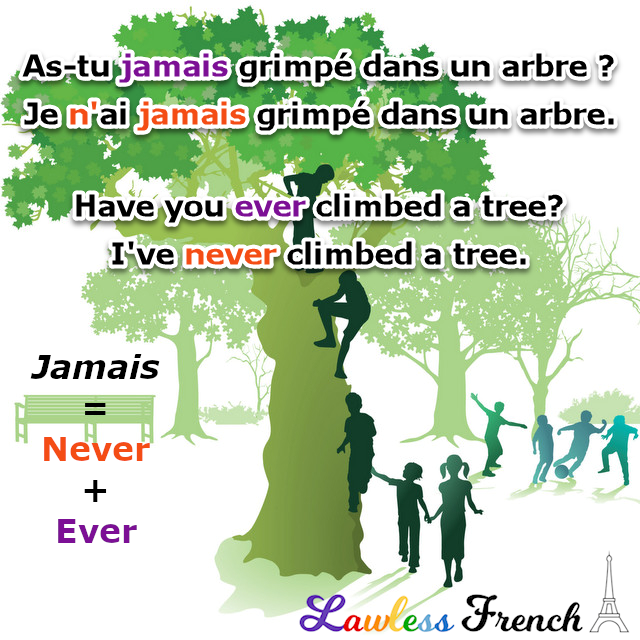