The rule is that to make a French verb negative, you need ne in front of the verb and pas after it. This is proper French grammar and is what you should always write:

The reality of French pronunciation is another matter, as you’ve probably noticed in movies, on TV, and when listening to native speakers.

First of all, ne should theoretically be pronounced as a full syllable: [nə]. In reality, this is virtually never done outside of poetry – instead, the vowel is dropped:

This also occurs with other negative words:

Native speakers are often critical about teaching this "incorrect" grammar, but I’ve heard far too many stories about first visits to France (and remember my own) during which communication was hindered by not being aware of this common aspect of pronunciation. This is how the French speak, so even if you don’t want to drop your ne’s, you still need to be aware that many people do.

Ne … pas is only used with verbs. With other parts of speech, pas always negates on its own: Pas without ne. 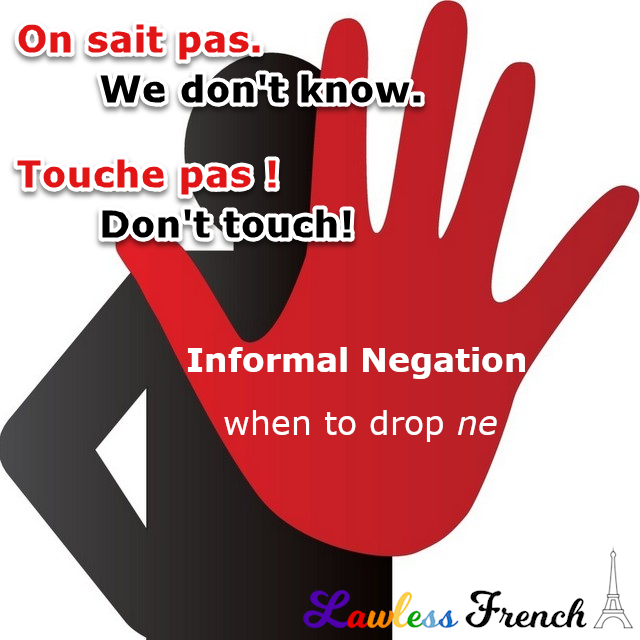