French compound nouns are made up of two or more words, often connected by hyphens. Making them plural can be a little tricky, but there are two rules that generally apply:

Here are the most common combinations of words in French compound nouns and the general rules for their pluralization. Please note that these are just guidelines and that there are, of course, exceptions. (Le Bon Usage has an excellent in-depth discussion of compound noun plurals.)

When the nouns are equally important, they both become plural.

When one noun is modifying the other (usually with the help of a preposition), only the first noun becomes plural.

Only noun is plural.

Only participle is plural.

Only noun is plural.

If the noun is abstract or collective, traditionally the compound noun is invariable. But the 1990 spelling reform allows the noun to be plural. 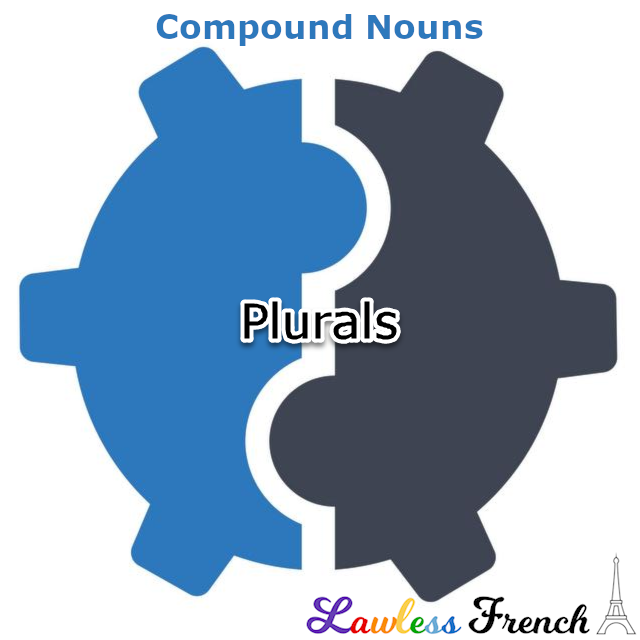