As if the myriad possible translations of à and de aren't enough, these two French prepositions also have complementary and contrasting uses.

One of the most common questions from French students is, "How can I perfect my French accent?" Like many language learning questions, this one doesn't have a simple answer.

There's a bit of debate with regard to accents on capital letters. Most everyone agrees that accents are required on lower case letters, but some French speakers claim that they are unneccessary or even incorrect on capital letters. Is this true? The answer depends in part on who you ask. 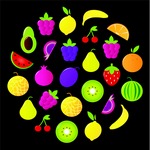 Some French accents offer pronunciation clues, others refer back to old spellings, and still others differentiate between otherwise identically spelled words. For all of these reasons, accents matter and must be included when writing (or typing) in French - especially in the case of words that have different meanings with and without accents.

Adverbs of quantity express how much, how many, or to what extent.

One of the confusing things for beginning French students is that age is expressed with avoir (to have), rather than être (to be). French also has nouns and adjectives for a person whose age falls within a specific decade.