One of the confusing things for beginning French students is that age is expressed with avoir (to have), rather than être (to be).

Note that ans is always required in French; you can’t say J’ai 27.

French has nouns and adjectives for a person whose age falls within a specific decade, from 20s all the way to 110 and up.

You can be a little more specific, funnily enough, with approximate numbers:

These can be further modified with jeune and avancé, but note that the construction changes to the verb être plus dans, as if the age is a place:

In French, un anniversaire is equivalent to both "birthday" and "anniversary."

Some* French nouns for milestone (decades, centuries, millenia) anniversaries of important events** are the same as their age-range counterparts:

* Note the difference between these milestones and their equivalent age ranges.

** Important events = newsworthy anniversaries such as that of a celebrity’s death, not a personal event like a wedding anniversary.

You can also use ordinal numbers for milestones. For example, "the 30th anniversary of his death" can be expressed as le trentenaire de sa mort or le trentième anniversaire de sa mort. 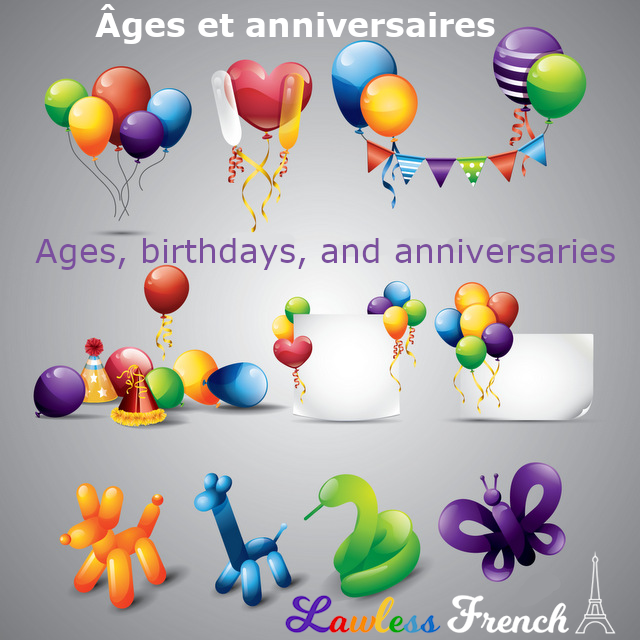