The grammatical term tense comes from Old French tens, from Latin tempus, meaning "time." So a verb tense refers to the time that the action of a verb occurs. French has three tenses:

Divided between these three tenses are eight verb forms.*

The French present tense has just one verb form:

The French past tense consists of five verb forms:

* Specific verb forms are often called "verb tenses," but technically this isn’t correct. There are just three tenses, as listed above; the "tenses" listed in each category (what I refer to as "verb forms") are properly called "aspects."

Verb tense must always be considered with respect to verb mood, a separate but related phenomenon. The eight tenses above are all in the indicative mood, which is the default and largest mood. Any given verb form is a combination of one tense and one mood. You can see how they all fit together in my French verb timeline.

In addition to being grouped by time, verb conjugations can be separated into simple tenses and compound tenses, which is simply a matter of how many words are included in their conjugations.

Verb forms are combined in various other ways depending on how they’re used or conjugated, e.g.,

Tense is about time, Mood is about attitude.

Every verb form has Tense and Mood – they work together, as you can see in my French verb timeline. 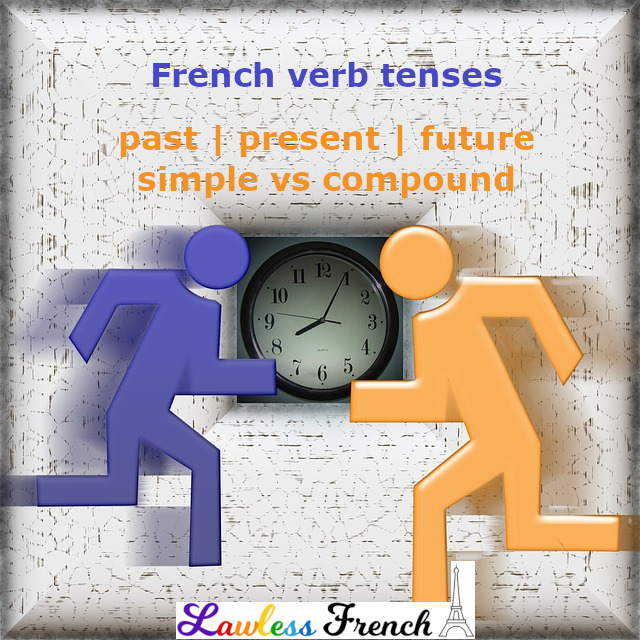