There are several dozen regular French verbs that end in -re, sometimes called -dre verbs. To conjugate them, remove the infinitive ending and then add one of the following verb endings:

* According to French grammarians, there is no such thing as regular -re verbs. All verbs that end in including the ones defined here as regular, are lumped together with irregular verbs under the heading verbes du troisième groupe. 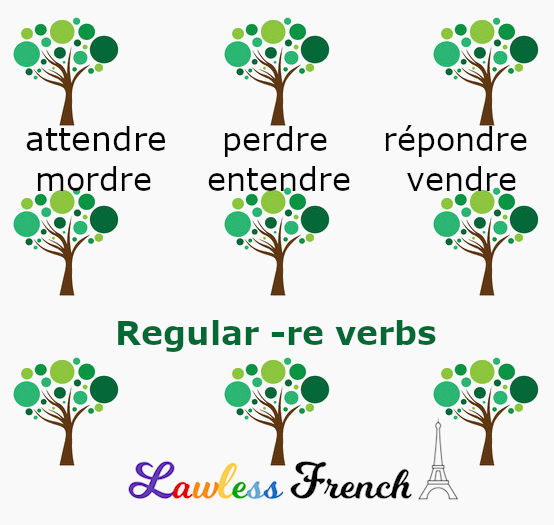