The French words mauvais and mal can be tricky for French students because they both belong to three different parts of speech (adjectives, adverbs, nouns) and have similar meanings. If you have a poor understanding of the difference, it wouldn’t be a bad idea to read this lesson.

While mauvais and mal can both be adjectives, mauvais is the more common one. It serves to describe a noun as "bad" as in mean, wrong, poor quality, and the like.

In contrast, when mal is an adjective, it’s used with copular (state-of-being) verbs and means "bad" along the lines of sense of immoral, unsatisfying, unhealthy, or unattractive.

When it comes to adverbs, mal takes the lead. As an adverb of manner, it means "badly, poorly, not well":

With faire and sentir, mauvais is an adverb meaning "bad, unpleasant":

As a noun, le mauvais means "the bad part" or "disadvantage(s)": 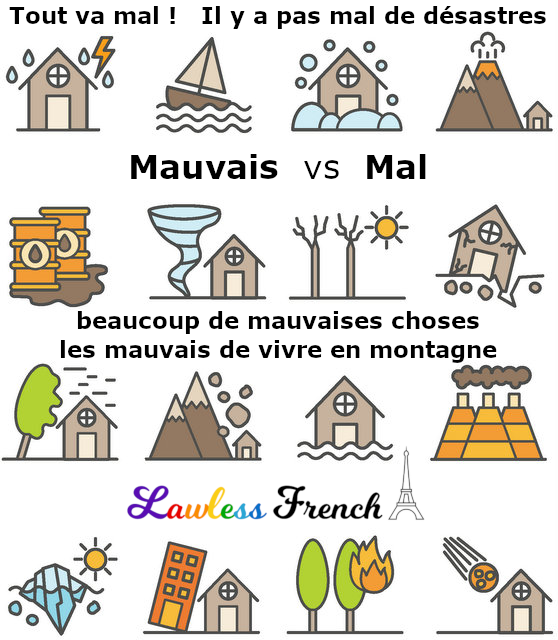