So there are two questions to ask in order to figure out whether you need agreement.

1) Does the noun / pronoun precede or follow the verb?

This part is easy: If it follows the verb, as in the above examples, there is no agreement – you’re done. If it precedes the verb, go on to the second question.

2) Is the noun / pronoun the subject or the object of the infinitive?

This is more complicated – how do you know whether it’s the subject or object? You have to carefully consider the noun / pronoun: is it performing the action of the infinitive or being performed on?

a – If the noun / pronoun is being performed on, it’s the object and there is no agreement – you’re done.

b – If the noun or pronoun is doing the action, it’s the subject and requires agreement.

When the sentence has both subject and object, you have to be particularly careful to figure out which is which in order to get the agreement right.

More about French verbs of perception 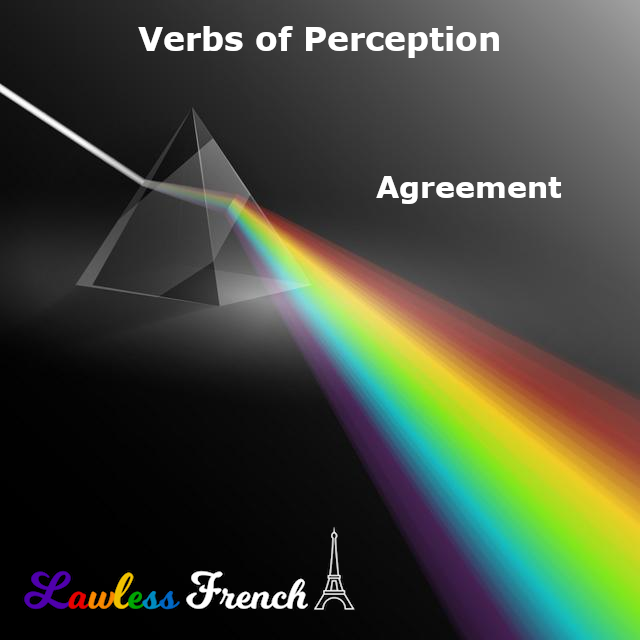