Nasal vowels are pronounced by passing air through the nose and mouth, in comparison to oral vowels, for which air passes only through the mouth.

Characteristics of a nasal vowel sound

Any vowel plus at the end of a word is a nasal vowel.

A vowel plus m or n anywhere else in a word is nasal if the m or n is followed by another consonant. When it’s followed by a vowel, the first vowel and the m or n are both "voiced" – that is, pronounced separately, rather than as a nasal vowel.

You might not know it, but there are nasal vowels in English. The difference is that in English, the pronunciation of m or n is what causes the vowel in front of it to nasalize, whereas in French, the m or n is silent, serving only to nasalize the vowel.

There are many different ways to spell the four different French nasal vowels:

You can practice the four sounds with the phrase un bon vin blanc.

There’s no vowel called the "nasal e." The spellings en and em are sometimes pronounced [ɑ̃] and sometimes [ɛ̃] – see those lessons for info.

In much of France, [œ̃] has disappeared – it’s pronounced [ɛ̃] instead. 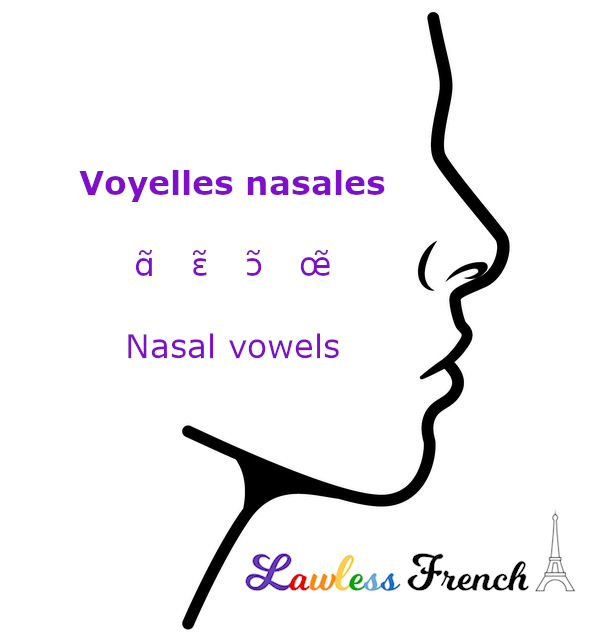