An elision is a type of contraction that occurs when two words are combined: one or more letters are dropped and replaced with an apostrophe. In English, elisions like "I’m" and "can’t" are optional and indicate informality. In French, however, written elisions are required, regardless of the register you’re speaking or writing in.

There are four main groups of written French elisions:

Le and la elide with nouns that begin with a vowel or h muet.

Le and la contract with verbs that begin with a vowel, h muet, or adverbial pronoun y.

3) Other two-letter words that end in e muet

These elide when followed by a vowel, h muet, or adverbial y.

Exception: No written elision when je is inverted.

Je and tu have additional elisions in informal French.

3½) Que, jusque, lorsque, and puisque also elide in this way:

Two words that combine into one with a different spelling result in a contraction. 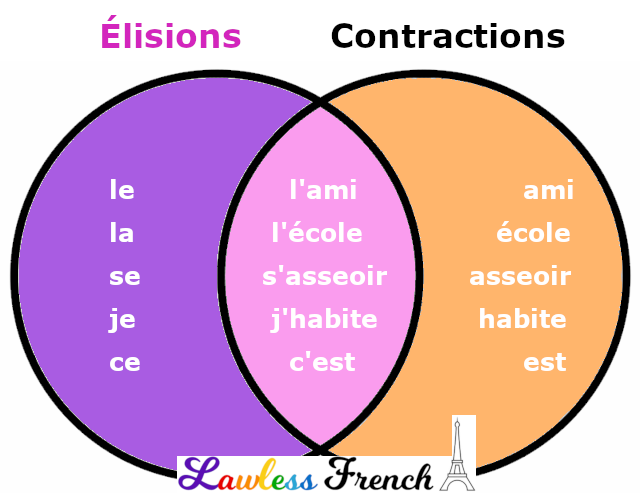