The French numbering system is infamous for the compound expressions found between 70 and 99. But that’s not all: there are also a number (ha ha) of tricky expressions with some of the single digits, both ordinal and cardinal.

First (hee hee) up is premier, which has different meanings according to the preposition used with it.

And so on. For Americans, the French floor numbering system will always seem to be off by one.

There are two ways to translate "second" in French: deuxième and second. Many native speakers use them interchangeably, but technically there is a slight difference in meaning.

So using one or the other can offer some interesting insight into your thought process.

In English, "third" is both an ordinal number and a fraction. French has different words for each of these.

The etymology of the word trimestre is easy to understand: three months, and that’s what it means in French.

But in English, "trimester" means three months only when referring to pregnancy. In terms of academic years, it means "one of three terms," the duration of which is usually less than three months. In economics, un trimestre is equivalent to "a quarter." 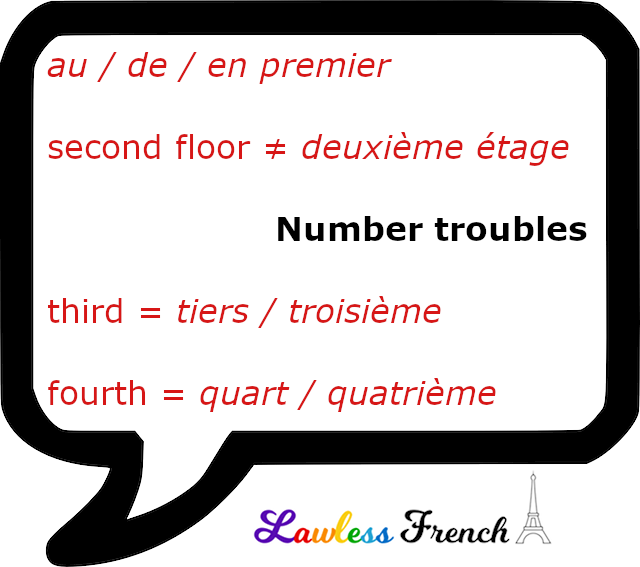