Usage notes: À l’étage is one of those expressions that have more meaning than the words would seem to indicate. Literally, it just means "on the floor," but what it really means is either "upstairs" from where you’re currently standing, or "on the second floor of a two-story building," regardless of whether you’re anywhere near it.

In other words, à l’étage on its own is equivalent to le premier étage, meaning "second floor" to Americans, "first floor" to Brits.

However, à l’étage can also mean "downstairs," depending on what else you say with it: 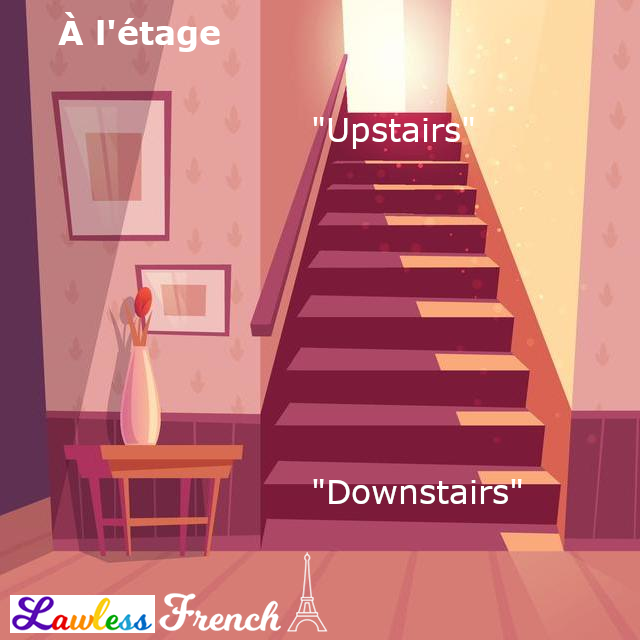