A number of French verbs require the preposition de in front of a noun or infinitive.

Note that this construction may be equivalent to an English infinitive (e.g., to do) or a gerund (doing).

* Can also be followed by à with exactly the same meaning. 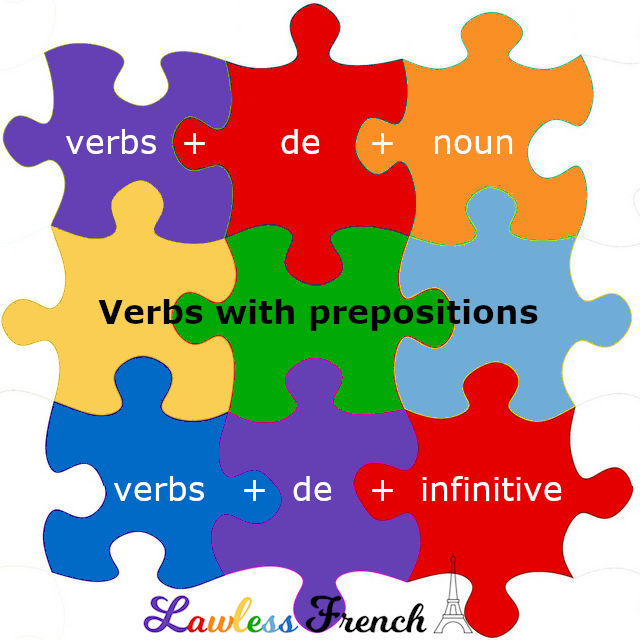