The relative pronoun dont replaces the preposition de plus a person or thing and serves as the object of a relative clause. If you’re unfamiliar with any of these concepts, please study the lessons before reading this one.

Depending on the context, dont has a number of possible translations:

Though the relative pronoun is required in French, it’s often optional in English and may be left out of the translation entirely.

Since possession is indicated with de, dont can express it as well. When the thing possessed is a person, dont is equivalent to "whose"; when it’s inanimate, the best translation is often "with."

Dont can also refer to members of a group:

À noter : After any preposition other than de, the relative pronoun is either qui (when it’s a person) or lequel (when it’s an object).

Also, when de is not on its own, but instead part of a prepositional phrase such as près de, the relative pronoun is lequel. 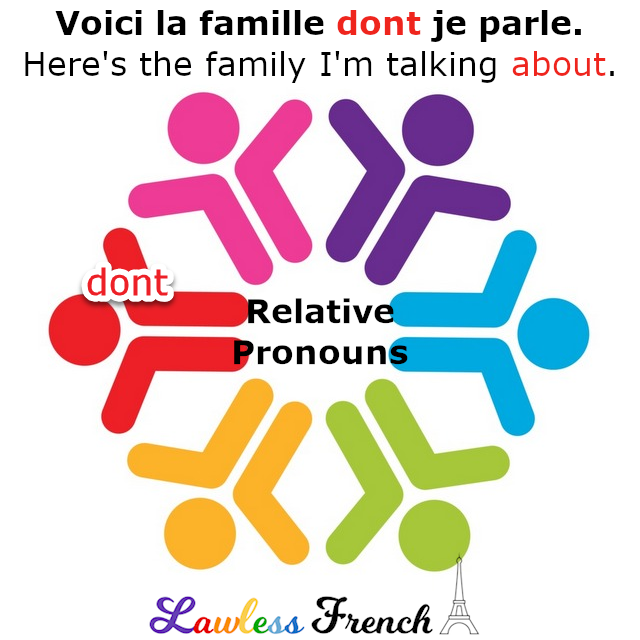