In English, we use ‘s (apostrophe s) to indicate that one noun possesses another. The French equivalent is the preposition de, with the order of the nouns reversed.

Literally, "the letter of Sandrine" and "the cafés of France.”

When the owner is not a proper name, it must be preceded by a modifier, such as an article, possessive adjective, or demonstrative adjective.

When the owner is plural, as signified by s’ (s apostrophe) in English, the French modifier must be plural.

As always, de must contract with the definite articles le and les.

The possessive de construction is also equivalent to a descriptive noun plus noun in English.

French is sometimes more precise thanks to this construction, as it makes a distinction that is missing in English. 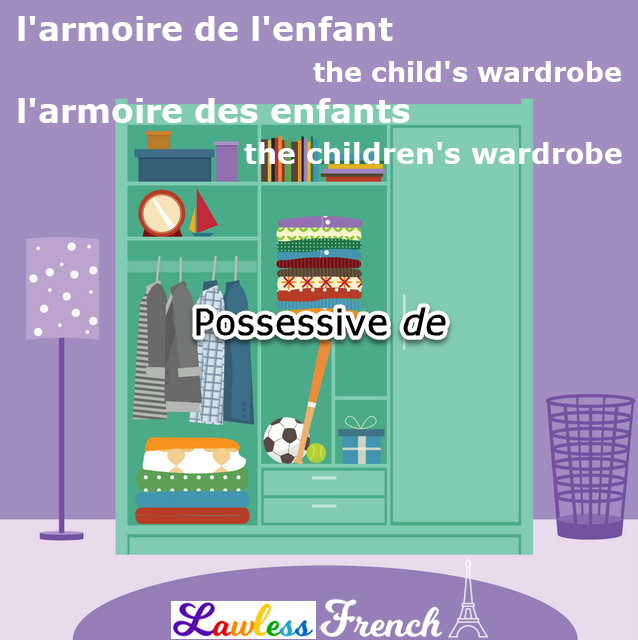