French has four different possessive constructions, which can seem daunting until you realize that English does too – you’ve probably just never thought about them before. This page offers a quick summary of the different ways to express possession in French; click the links for detailed explanations about how to use each possessive form.

State the name or noun which owns something

Stress who owns something

Possessive adjectives = My, your, his, her, its, our, their

Modify a noun to indicate who or what owns it

Possessive pronouns = Mine, yours, his, hers, its, ours, theirs 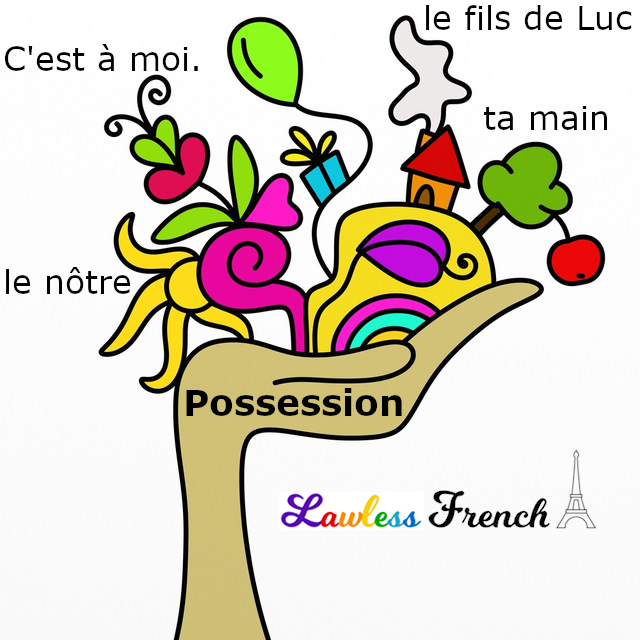