À and de with verbs

The prepositions à and de can be particularly challenging when it comes to using them with verbs.

These eight verbs have different meanings depending on which preposition follows.

Nine verbs can use à and de together in the following construction:

For eight of these verbs, à indicates who is to do something, while de precedes whatever that something is.

So for the above verbs, the "someone" after à (or replaced by an indirect object pronoun) is the person who is supposed to perform the action after de.

The ninth verb, promettre, is a little different: the person doing the action after de is the same as the subject. À precedes the person who is promised that action.

After these verbs, either preposition can be used with no real difference in meaning.

À and de in phrases

A few phrases look similar but have different meanings depending on the preposition. 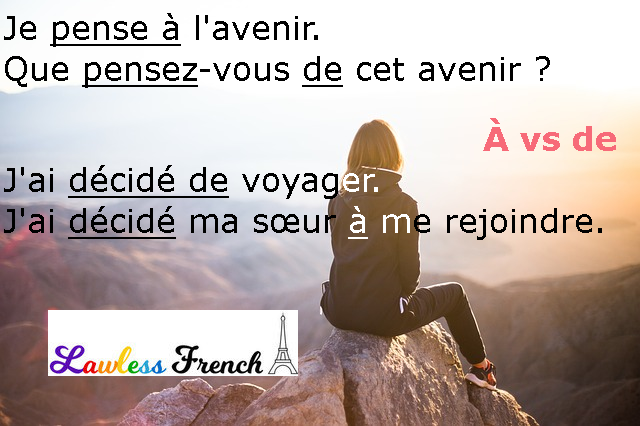