French journalist Philippe Verdier summarizes the main points of the COP21 agreement in a short video.

Practice is the key to improving your French, and just 15 minutes a day on some kind of French activity can make a huge difference. Check out these ideas and draw up your own schedule. 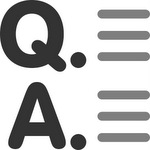 The DELF B2 will test you on the four language skills in French: reading, writing, listening, and speaking. Here's some info about what to expect as well as tips on how to prepare for the test.

Dictées are a classic way to practice French, even for native speakers. For them, dictées are a test of grammar (particularly agreement) and spelling - sort of like super-charged spelling bees. For French students, dictées are an excellent form of combined listening and writing practice.

What is écriture inclusive and why does it matter? Learn about "inclusive writing" in this animated video with interactive subtitles.

Édith Piaf was a French cabaret singer and international star. In this short interview, she talks about why she sings so many love songs.

Read the first few paragraphs of Jean-Jacques Rousseau's classic treatise on education, in French or English.

Learn about International Labor Day on the first of May in this cute animated video.

French learners are always looking for new sources of French listening practice, and FluentU is one of the best. This subscription site offers videos for all levels of French, enhanced with quizzes, spaced repetition, and other tools to help you practice what you know and learn at your own pace.