There are many varieties of French ranging from formal to slang, but perhaps one of the most elusive is French texting: the bewildering assortment of informal abbreviations, acronyms, and even symbols used in email, text messaging (SMS), social media, chatrooms, forums, and protest signs.

By its very nature, this vocabulary – if that’s the right word for it – is constantly evolving and growing, so it’s impossible to make a complete list. Here are some classic French texting words and phrases to help you communicate via text, followed by some helpful tips and pointers. If you think of any essential text abbreviations that I missed, please let me know!  🙂

* I don’t recommend using pq because before texting was ever a thing, pq already stood for papier cul (toilet paper). So I recommend sticking with pk instead.

The idea of texting is to use as few characters as possible. There are three basic techniques:

If you just can’t figure it out, read the letters and numbers out loud.  🙂 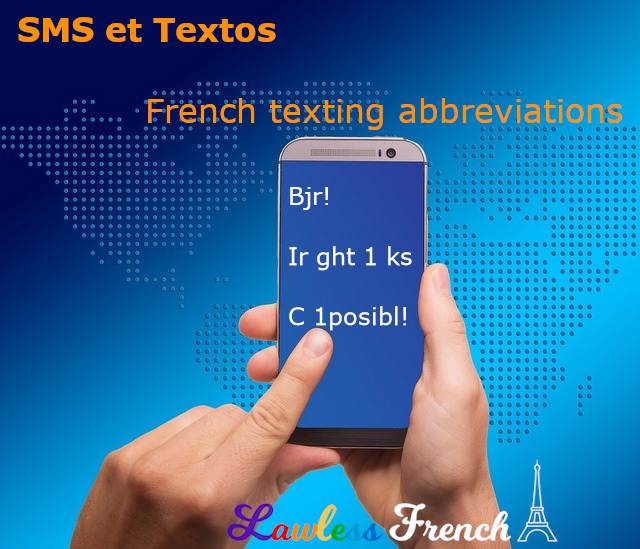