Usage notes: Once you learn the French expression n’importe quoi, you’ll quickly find that it’s essential. You probably already know the original meaning,* which is simply "anything":

But the fun and incredibly useful expression is informal and means "nonsense" or "rubbish."

Also, while n’importe quoi isn’t quite the same as the dismissive "whatever!", it’s the closest French equivalent I’ve found.

N’importe quoi is part of the motto of the French prankster and video maker N’importe qui (né Rémi Gaillard). 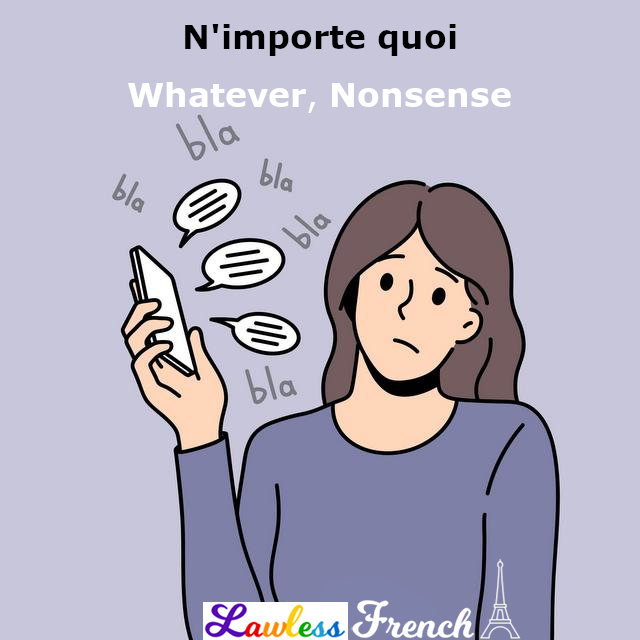