What’s the difference between on and l’on? In a nutshell, on is sometimes preceded by l’ for reasons of euphony. This usage is formal and much more common in written rather than spoken French.

L’on is never required, but it is preferred when formality and elegance are desired, as in these three situations:

1) At the beginning of a clause

Because it just sounds better:

L’on at the beginning of a sentence is very old-fashioned and formal, a relic of l’époque classique. On was originally the subject case for homme, l’on meant les hommes. French lost the subject case around the 17th century, and on became the pronoun we know and love today.

After the monosyllabic, vowel-sound-ending words et, ou, où, qui, quoi, and si, l’on is preferable to on so that there’s no hiatus (two vowel sounds side by side).

After lorsque, puisque, and que, using l’on avoids the contraction and thus pronouncing (even silently inside your head) what sounds like the offensive word con.

Grammar notes: On is the impersonal subject pronoun and l’ here is a definite article (as opposed to a direct object).

L’on is disallowed in two places:

The liaison in dont on sounds better than dont l’on.

L’on followed by a word beginning with the letter L would sound odd. 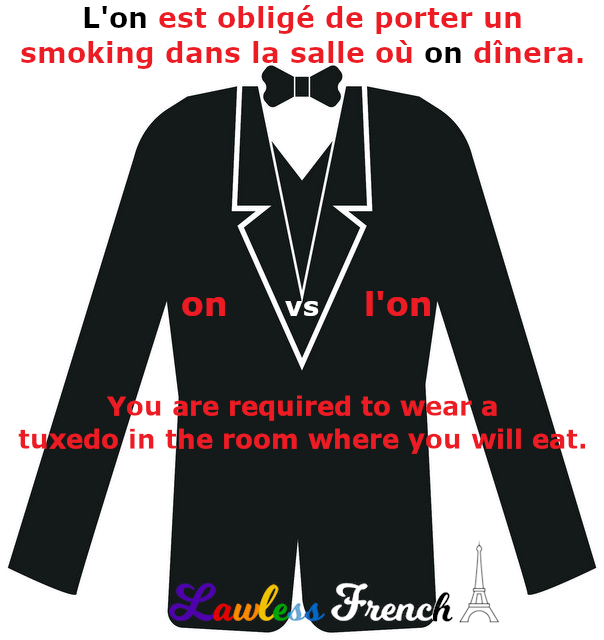