No. No way, not me, on the contrary … let’s face it, just because we have to be negative sometimes doesn’t mean we can’t be creative, too. Here are some of the many ways to say "no" in French.

Non is the generic, all-purpose French word for "no":

You probably know that "no thank you" is non merci. But did you know that non is optional? You can just say merci in response to an offer and it will be understood as non merci.

To say yes, say s’il vous plaît. If you say oui merci there’s a very good chance it will nonetheless be understood as non merci. (I speak from experience.)

You can ask for confirmation with the tag question ou non ?

Nan is not used as much in French as nope/nah are in English. Even informally, non is far more common.

Non à plus a noun is used in strikes and protests to declare one’s opposition to something: 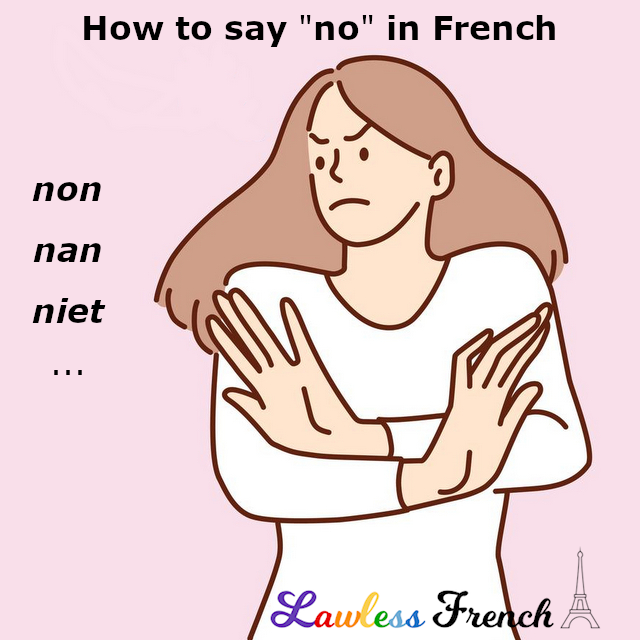