Usage notes: When you want to not only deny a statement, but claim just the opposite, use the French expression au contraire as a stand-alone interjection or conjunction.

You can emphasize the contradiction by modifying au contraire with the adverbs bien or tout.

Au contraire can also be used with the preposition de plus a noun or clause to mean “contrary to.” This is synonymous with à l’encontre de.

Au contraire has the same meaning in English, though it tends to be used ironically. It’s often playfully turned into au contraire mon frère – literally, "on the contrary, my brother." Note that you should never say this in French unless you’re actually talking to your brother. 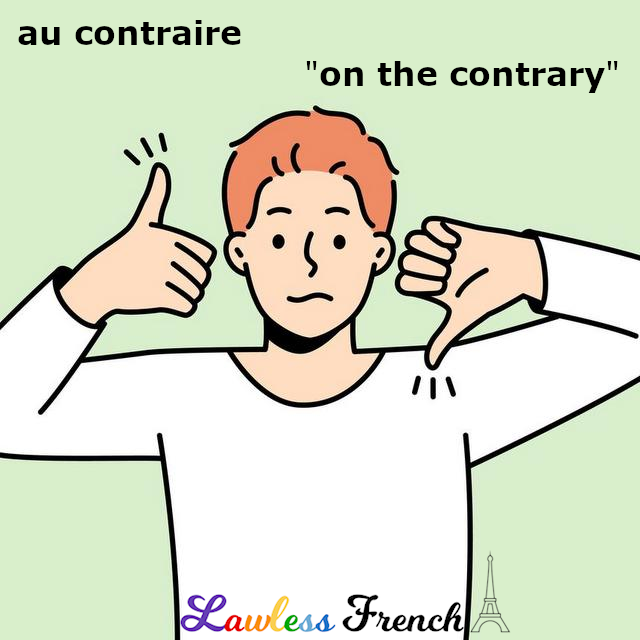