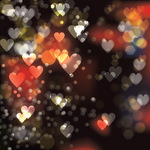 Indefinite pronouns are vague - they either refer to unspecific nouns (like un autre and quelque chose) or make sweeping generalizations (on, tout le monde). 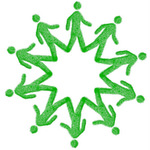 Most French adjectives have to agree with their nouns in gender and number, but there are many exceptions, known as invariable adjectives. These have just one unchanging form no matter the gender and number of the noun they modify.

Magnetic poetry is a fun little tool you can use to learn and practice French. 500 magnets with words and parts of words help you to express yourself in a unique and creative way.

Multiplicative numbers are, unsurprisingly, words used to multiply nouns. The numbers themselves can be adjectives or nouns - either way, their gender agrees with the nouns they modify / replace.

Every country and continent has an adjective that can be used to describe people and things from that place. Those same adjectives can also be used as nouns to refer to people from that place, with one small change in French.

Adjectives comprise one of the eight French parts of speech, but certain members of other grammatical categories can sometimes be used as adjectives. These "non-adjectives" are invariable: there's no gender/number agreement with the nouns they modify.

Most French nouns and adjectives become feminine with the addition of -e, but there are some exceptions. Some nouns require an additional spelling change, depending on the final letter(s) of the word.

Most French nouns and adjectives become plural with the addition of -s, but of course there are exceptions.

French and English have five different types of numbers used for different purposes and with varying functions: they act like adjectives and/or nouns. 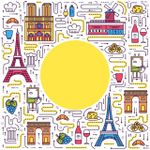 The indefinite French subject pronoun on literally means "one," but is usually translated by an indefinite subject. Agreement with the subject implied by on is optional - at least in theory.

French possessive adjectives (mon, ma, mes, ton, ta ...) are used in front of nouns to indicate to whom or to what those nouns belong. They are considerably more complicated than English possessive adjectives because French has several different forms depending on the gender and number of the possessed noun.

French possessive pronouns (le mien, la tienne, les siens ...) are used in place of nouns to indicate to whom or to what those nouns belong.

Reflexive pronouns reiterate the subject, which may seem redundant, but in fact serves an important purpose: it indicates that the subject of the verb is performing that action on itself. 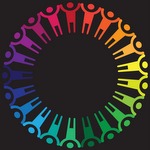 The French adverb tout modifies various parts of speech, including adjectives and other adverbs. It can be a little strange, adverbially speaking.