French infinitives are usually described as equivalent to "to (verb)"; for example:

However, this isn’t always correct. French infinitives are often preceded by the preposition à, as in the passive infinitive,* but of course this doesn’t mean the English translation is "to to (verb)"; it’s still just “to

As its name so usefully suggests, the passive infinitive construction is used when the infinitive has a passive role, rather than an active one.

In the active construction, the infinitive lire is connected to the subject je: I have to read a lot of books, I am the one who has to read them.

In the passive construction, the subject isn’t actually connected to the infinitive. I have a lot of books, and they are available for someone to read them, but the relationship here is passive. Though it’s not really grammatical, it can help to mentally translate the passive infinitive as "to be read."

The French passive infinitive is used after many different indefinite, negative, and impersonal phrases.

The presentatives c’est and il est are more complicated – they may be followed by à or de, depending on how they’re used. Learn more: Impersonal expressions.

* For other constructions with à + infinitive, see Verbs with à.

** And sometimes there’s no preposition in the English translation, as in Pouvez-vous partir à 9h ? – Can you leave at 9am? 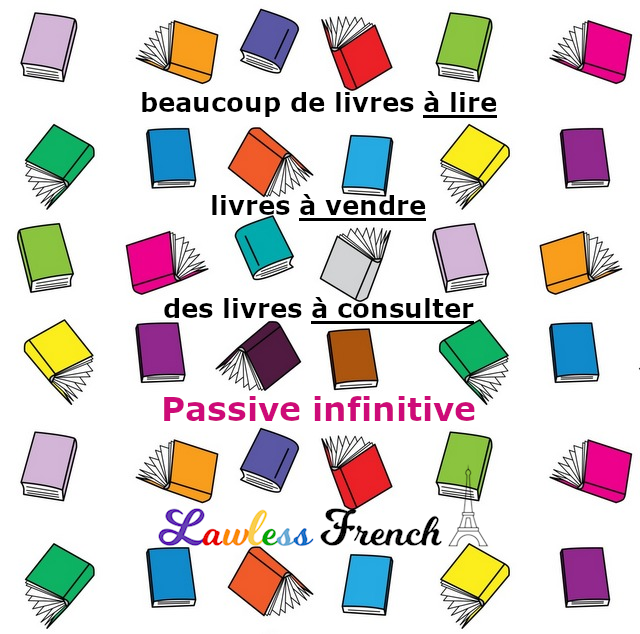