French prepositions followed by a noun

Generally speaking, articles are much more common in French than in English, but there are exceptions, such as when certain prepositions are followed by nouns. Sometimes the English translations have an article, and other times the English equivalents are adjectives or adverbs.

1) Avec, en, par, and sans are usually followed directly by a noun, with no article.

The main exception is when talking about a specific noun.

2) De, pour, and sous are sometimes followed directly by a noun, with no article.

Other than for de,* I don’t know of a set of rules that explain when you need an article and when you don’t – you just have to memorize the patterns and individual phrases. 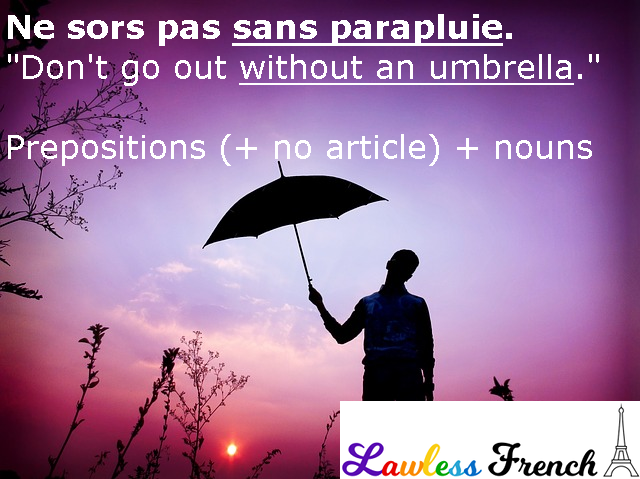