The preposition sans is used similarly to its English equivalent “without,” but not without a few differences.

Many English words and phrases with -less, non-, un-, etc. are equivalent to sans plus the corresponding French noun.

Sans is usually followed directly by a noun, with no article in between. Learn more: Prepositions with nouns.

Sans is occasionally found in English. The phrase everyone knows is sans serif, meaning a font that has no "serifs" (a non-French word meaning small lines attached to the ends of each letter). 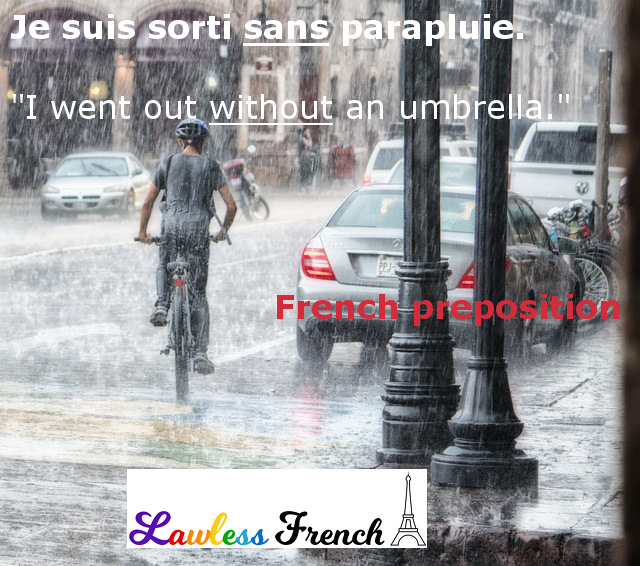