For quantities, adjectives, and prepositional phrases, the question of de vs du, de la, des depends on the noun that follows – whether it is unspecific or specific.

When the noun is unspecific, de stands alone after adjectives and prepositional phrases as well as after most adverbs of quantity and expressions of quantity. This is by far the more common construction.

However, if the noun after de refers to specific people or things de must be used with the definite article.

Note that the word "the" is often needed in English when the noun is specific. 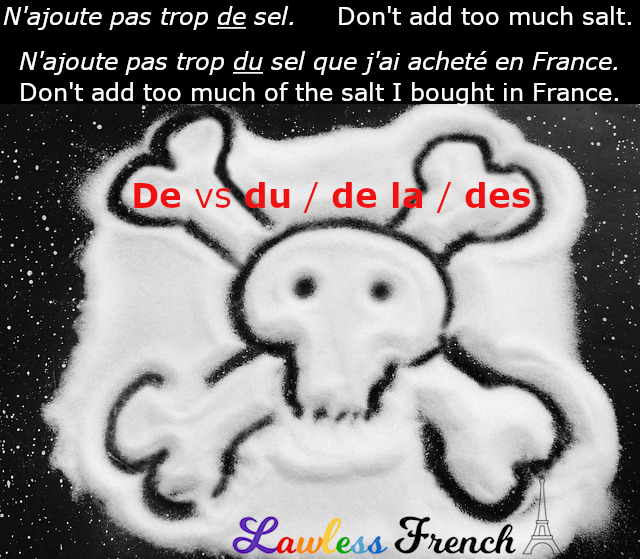 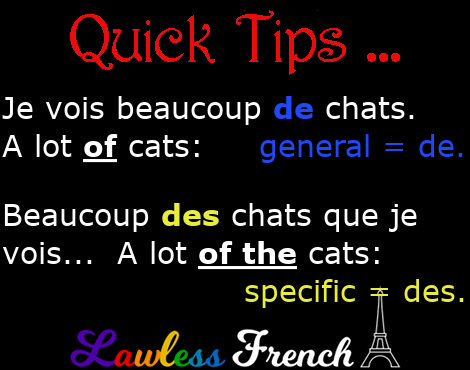 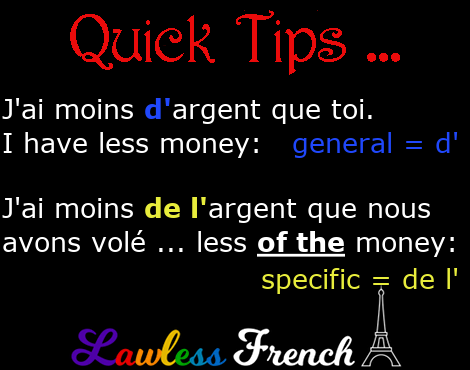