Direct and indirect speech are two types of reported speech which, you guessed it, are used to report someone else’s words. Indirect speech is considerably more complicated than direct as it involves several grammatical changes.

With the help of the reporting verb, you can paraphrase the original sentence, but this is where it gets tricky because certain grammatical changes are then required.

Since you’re expressing another person’s point of view, you need to change the subject pronoun (and any other personal pronouns) in the subordinate clause from first person to third person.

Of course, when the subject changes, the verb conjugation must change to match it.

Likewise, you need to change any possessive adjective (or other expression of possession).

1) If the verb in the subordinate clause is in the imperfect, past perfect, conditional, conditional perfect, or subjunctive, the verb tense remains the same (though the conjugation must still change to match the new subject).

2) If the subordinate verb is in the present tense, passé composé, future, future perfect, or imperative, the verb tense must change in indirect speech, as follows:

Note: The vast majority of indirect speech is reported in the present/imperfect, so don’t stress out about the other verb tense/mood changes. 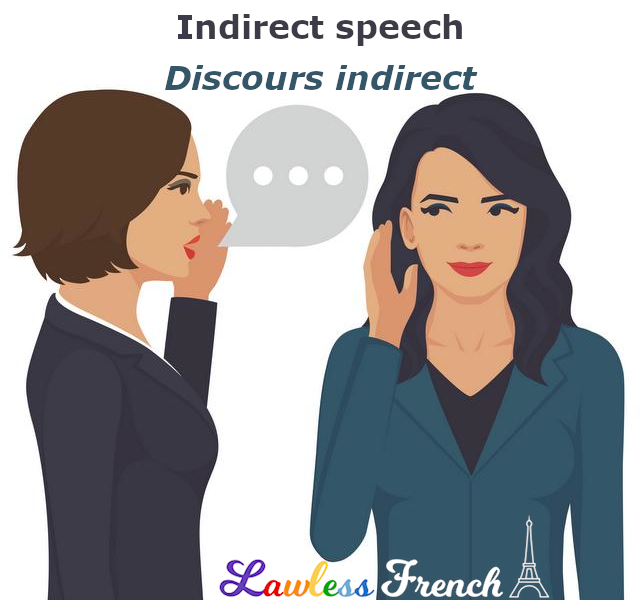