In English, we use the modal "would" plus a verb to talk about actions that may or may not take place, usually depending on whether a certain condition is met. The French equivalent to this construction is a conditional mood with a full set of conjugations for every verb. The uses of these two constructions are very similar.

The most common use of the French conditional is in the result (then) clause of conditional sentences (aka si clauses), which describe what would happen if some condition were met.

Though the French conditional is generally considered equivalent to “would,” this is not always the case. See the note in the Habitual section of the imperfect lesson.

Vouloir (to want) can be used in the conditional to ask for something.

The use of the conditional after si is somewhat restricted.

Aimer (to like) can be used in the conditional to talk about something that you would like to have / do, though it may not be possible.

When reporting a sentiment like "he will go" in indirect speech, the future is replaced by the conditional:

Think you’ve got it? Test yourself on the French conditional with these fill-in-the-blanks exercises: 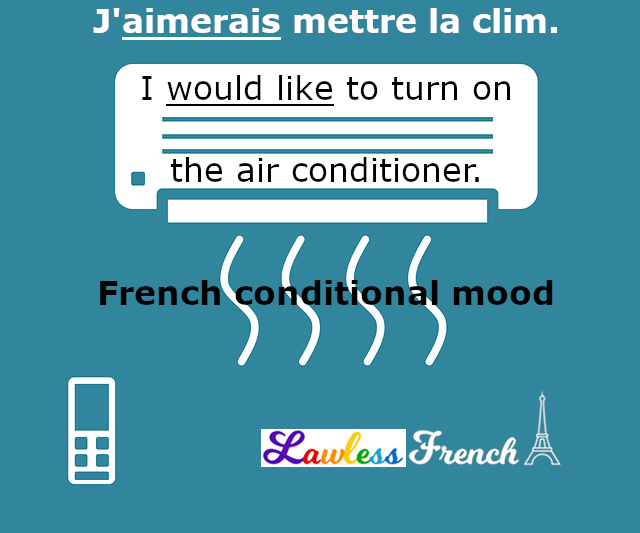