A Tale of Two Tenses

When talking about the past in French, there are two different tenses that work together: the passé composé and the imparfait. Although English has verb forms that appear to be exact equivalents for each of these, they don’t quite match up in the two languages, so this is an area of difficulty for French students. The trick is to understand when, why, and how to use each French tense.

Structurally speaking, the passé composé is exactly the same as the English present perfect:

Both languages have a subject pronoun, a conjugated helping verb, and a past participle. But the passé composé is also equivalent to two other English tenses.

In a nutshell, the passé composé names something that happened, with a clear beginning and end.

In contrast, the imperfect describes something incomplete. It’s in the past, but has no clear beginning or end. It’s often equivalent to the English past progressive.

Je mangeais. = I was eating.

The imperfect is descriptive: it expresses what was happening, what something was like, or how something felt.

Here are some practical examples to help you understand the difference.

Nous avons marché devant le Louvre. = We walked in front of the Louvre.
vs
Nous marchions sous la pluie. = We were walking in the rain.

J’ai coupé des oignons. = I cut some onions.
vs
Je coupais des oignons quand …. = I was cutting onions when ….

In the last example, a verb in the passé composé is going to interrupt the verb in the imperfect, such as Je coupais des oignons quand il est arrivé. = I was cutting onions when he arrived. This is a very typical construction.

Il était dans l’eau quand il a vu une méduse. = He was in the water when he saw a jellyfish.

Nous étions à la plage quand j’ai pris cette photo. = We were at the beach when I took this picture.

For more details about using the passé composé and imperfect, please check out my lesson at LawlessFrench.com. À bientôt ! 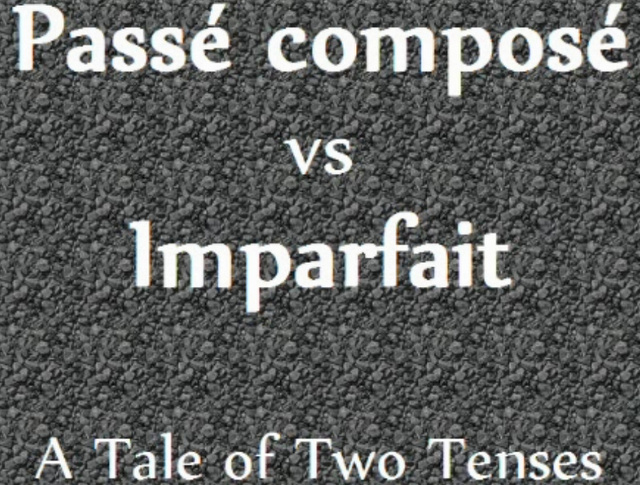