The number of kisses varies by region and by other factors that are more difficult to pin down. Based on my own experiences,

The map here shows two regions that do a single bise and a few that do four.*

This may sound confusing – it is! Especially when a 2-kisser meets a 3-kisser – the former finishes and starts pulling away while the latter is turning their head again, ready for a third bise.

As with figuring out which cheek to start on, often the best thing to do is just hold still and let the French person do the bises.

* The image featured here is a simplification of the much more detailed interactive map on Combien de bises fait-on chez les Français ? There, you can hover over any region to see the percentage of residents who do anywhere from zero to five (5!) bises and click through to a region to discover which side they start on and whether they do bises with men and/or women. 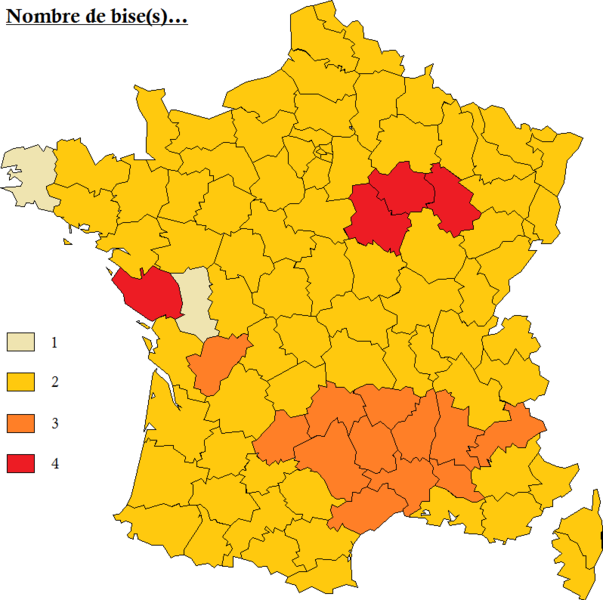