Both of these French adverbs have distinct meanings which are covered in the detailed encore and toujours lesson. But they also have meanings that are similar enough to cause confusion.

When talking about something that still exists or is still happening, toujours is the better option.

Encore can be used here, but it’s ambiguous:

When "still" is used with a comparative (and synonymous with "even"), encore is the right word (see encore lesson).

The other adverbial meaning of “still” as in “nevertheless” is neither of the above; the best translation is néanmoins.

"Not yet" is best translated by the negative adverb pas encore.

You can use toujours pas, but the nuance is slightly different: "still not."

When "yet" is affirmative and means “already,” it’s equivalent to déja:

Remember: encore and toujours both have additional meanings that don’t overlap; see these detailed lessons for more info:

A brief overview of the different meanings covered in these three pages: 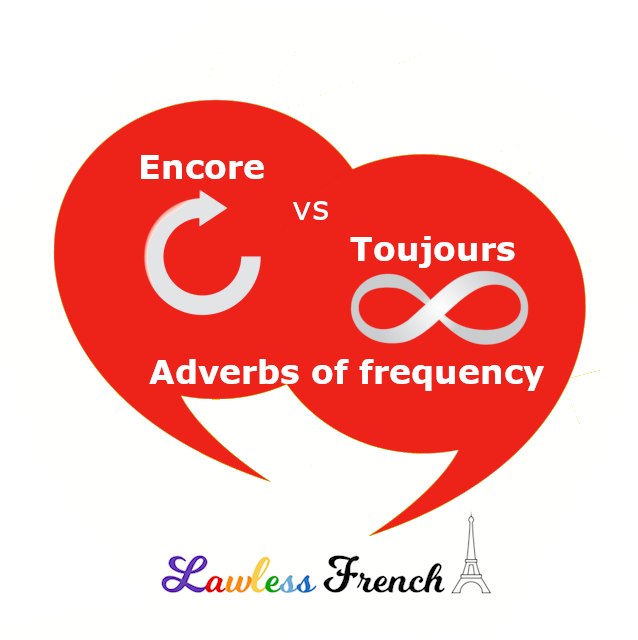