A few dozen French words have a shortened form called an apheresis or aphaeresis, which is created by dropping one or more syllables at the beginning of the word. Some of these are further modified by adding an extra sound to the end.

These two aphereses are derogatory slang, for reference only. You should never say them. 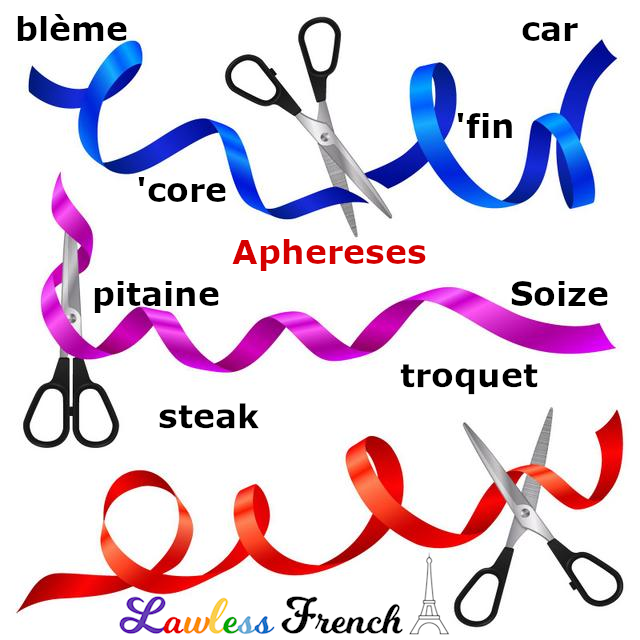