Mardi Gras is an annual celebration of extravagance and (over)indulgence before Lent. The official slogan is "Let the good times roll," which is translated literally into French as Laissez les bons temps rouler (and is used only in Louisiana).

Because Mardi Gras, literally "Fat Tuesday," is tied to Easter, the date changes every year: it occurs 46 days before Easter, so somewhere between 3 February and 9 March. In 2023, Mardi gras is 21 February; in 2024, it will be 13 February.*

The period leading up to Mardi Gras is called Carnaval, and the several-week festival is celebrated in New Orleans, Nice, Guadeloupe, and many other francophone (and non-francophone) cities, regions, and countries.

The three official colors of Mardi Gras have official meanings:

In Commonwealth countries, this same day is known as Shrove Tuesday or Pancake Day.

French vocabulary for other holidays 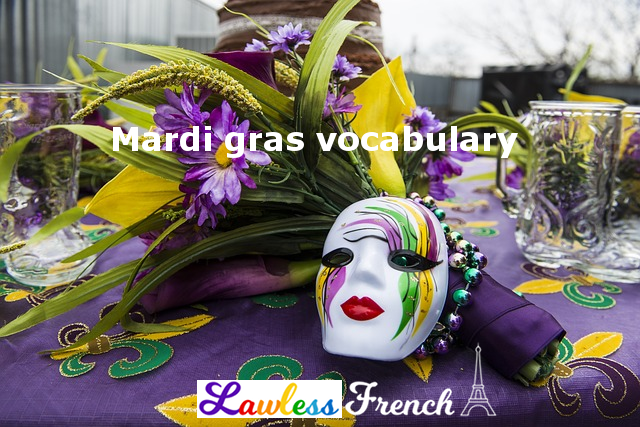