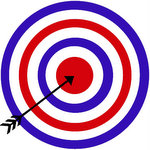 Whatever your dreams related to French may be, setting specific goals – and measuring your progress against them – is one of the most effective tools in your learning arsenal. Choosing the right goals isn’t rocket science, but there’s a little more to it than just throwing together a list.

Need a refresher on grammar basics like parts of speech and the various verb elements? Check out this French grammar glossary for short explanations of all the essential French grammar terms, from adjectives to verb voice. 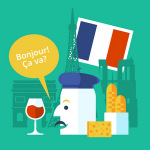 Is French still an important language? A linguist and a journalist say no, but I (and the facts) say yes!

Learning French on your own? Lawless French is packed with lessons and tips which you can supplement with other resources to study independently as efficiently as possible.

Studying for an hour a week will only get you so (not) far. Intensity in terms of getting as close to immersion as possible as well as regular practice are vital.

The International Phonetic Alphabet, or IPA, is a set of characters used to standardize pronunciation explanations across languages. It uses a unique symbol for each sound, which makes discussions of different languages much easier.

There are two myths that lead to a majority of students abandoning their language-learning aspirations: the idea that learning a language is hard and the division of people into "good at language" and "not good at language."

Studying French online has many benefits, as well as some limitations. If you want to get serious about learning French but can't handle a rigid class schedule, private tutors are the way to go. LanguaTalk offers an easy-to-use search interface to help you find your ideal 1-on-1 French tutor based on availability, reviews, and video introductions.

The French lessons and comprehension exercises on this site are ranked according to the Common European Framework of Reference for Languages (CEFR), which describes six levels of language proficiency. 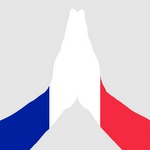 Fear of speaking, glossophobia, is one of the most common phobias - even just in one's native language. If you feel nervous when speaking French, it's probably due to a lack of confidence in your skills. The obvious solution is to improve your French, but there are also other ways to increase your confidence and feel more comfortable speaking French.

The mountain of French verb conjugations you have to learn can be overwhelming - even just in the classroom where you have plenty of time to think about the correct response. Once you start talking to people in the real world, trying to figure out the appropriate verb conjugation can leave you speechless - literally. So what's the solution? Learn, then practice, practice, practice!

Happy New Year! Take advantage of this annual fresh start to make a New Year's resolution regarding your French learning.

One Third Stories is a monthly box subscription with a language-learning twist. Each month features a story that starts out in English, then gradually adds French words until by the end, the entire story is in French.