State-of-being verbs have various names* but no action. These verbs create a link between their subject and a noun or adjective that describes or defines it.

State-of-being verbs never have direct objects. Any noun that directly follows the verb is something called a "subject complement": a word that can basically replace the subject because they are one and the same.

You can always recognize a state-of-being verb by the fact that it can be replaced by "be" – the meaning might change slightly, but the essence is the same and the sentence is grammatical.

Here are the most common French state-of-being verbs with links to conjugations.

Note that some of these are only part-time state-of-being verbs, depending on how they’re used.

* Other names for state-of-being verbs: 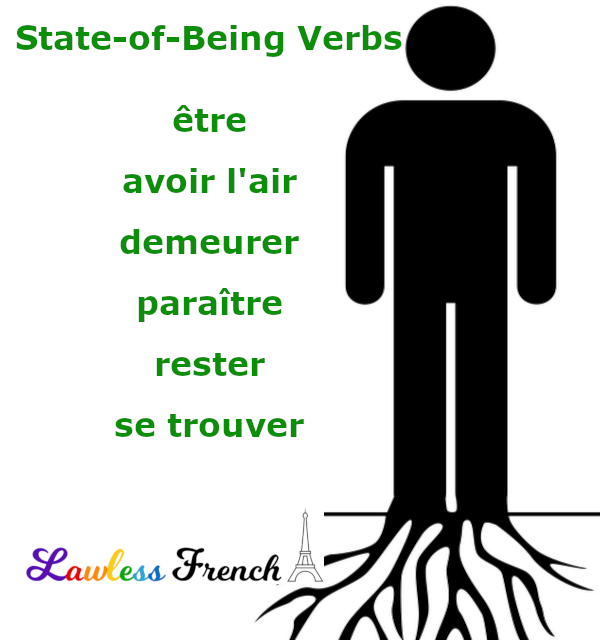