French verbs that end in –ier are regular –er verbs, but that -i- in front of the infinitive ending can be a little confusing, so here’s a closer look.

Once you remove the –er ending from the infinitive, you’re left with a stem that ends in –i, so of course that letter must be maintained in all the conjugations.

Easy enough, right? You’ll note that the nous and vous forms end in –ions and –iez, respectively, which might remind you of the imperfect and subjunctive. Just remember that for –ier verbs, the -i- is part of the stem, not the ending, so a single i before the ending indicates the present tense.

Here’s where it gets confusing. You know that the stem ends in -i, and you know that the nous and vous imperfect and subjunctive endings begin with -i, so what happens when you want to conjugate them into those verb forms? You end up with –ii-.

That -ii- in the nous and vous forms does more than just look weird; it also has to be pronounced.

So there you have it – just a bit of weirdness to add to all that French verb conjugation fun.  🙂 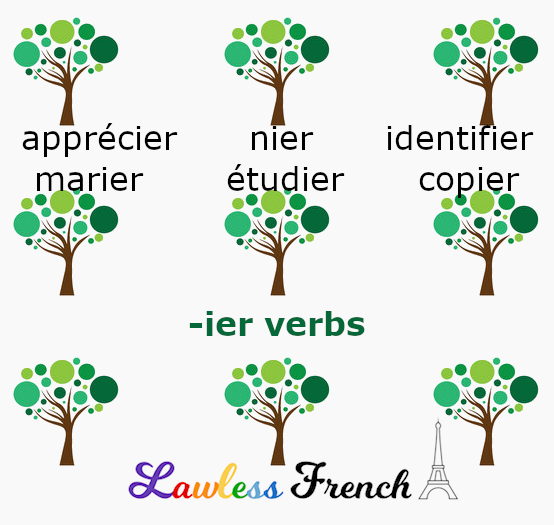