Usage notes: The French expression tel quel is made up of two adjectives, tel and quel, which means that it has four forms depending on the gender and number of the noun it modifies:

In the normal register, tel quel means “as it is, without modification.”

When used with a verb form such as à vendre or vendu, tel quel is no longer a pair of adjectives but rather an adverbial phrase. Thus, it’s invariable, even when referring to something feminine such as a house or car.

Tel quel is an ellipsis: 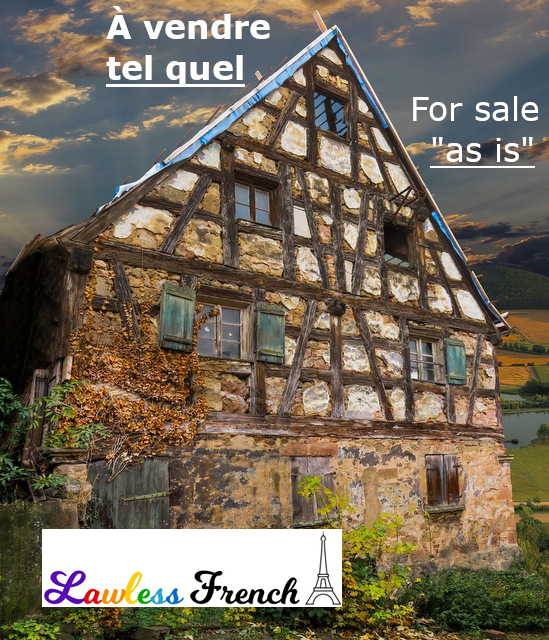