Usage notes: The French expression en vouloir à is used informally to acknowledge that you may have wronged another person while simultaneously, albeit unapologetically, requesting exoneration.

It’s probably most commonly used in the tu imperative, as in the first two examples, but vouloir can of course be conjugated for other subjects and in other tenses and moods …

and the indirect object pronoun can be changed to indicate other recipients of the potential anger.

Or, instead of a pronoun, you can specify the recipient with the preposition à + noun or name:

The expression can also be used without ne … pas to ask or affirm that there is, in fact, a grudge being held:

To specify what you’re mad about, use the preposition de + noun …

In the expression en vouloir à, the adverbial pronoun en doesn’t really mean anything, but its inclusion is essential for this idiomatic meaning of being angry as opposed to wanting something. 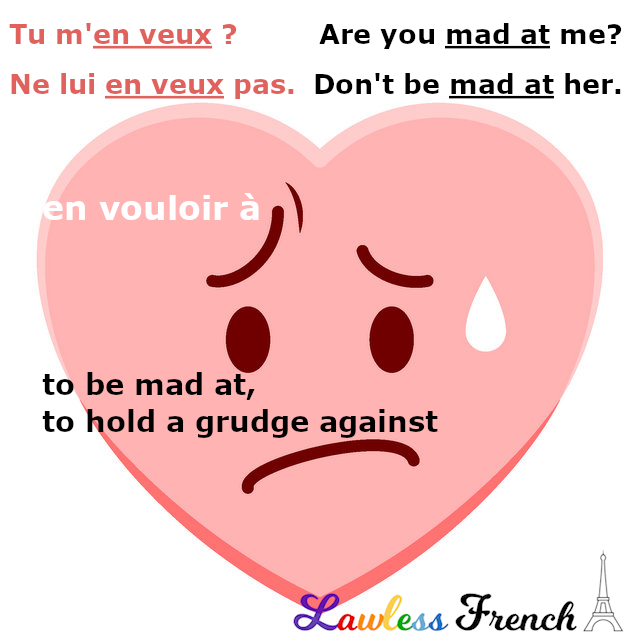