Believe it or not, when you walk into your first French class, you already know hundreds and hundreds French words, because there are more than 1,700 vrais amis; that is, French and English words that are spelled identically and mean the same thing – at least sometimes. While not a complete list, these pages will help you start using a huge variety of French words from day one.

But first, a few comments:

Vrais amis starting with A 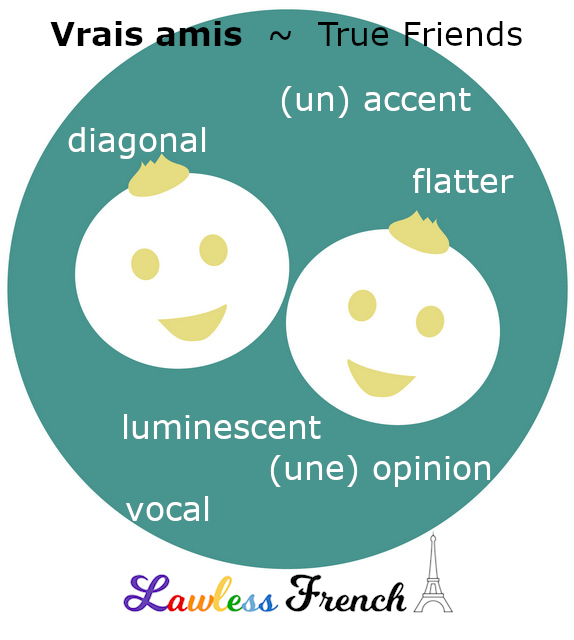