Though the above is the proper translation, the French often just say les USA. Likewise, most US states keep their names in French, while a few undergo slight Frenchification. And of course, being nouns, they have gender in French: all but nine are masculine.

* Like most islands, Hawaï does not take an article.

** The names for these two states include État de to distinguish them from New York City and Washington D.C., respectively. The latter is called simply Washington in French. 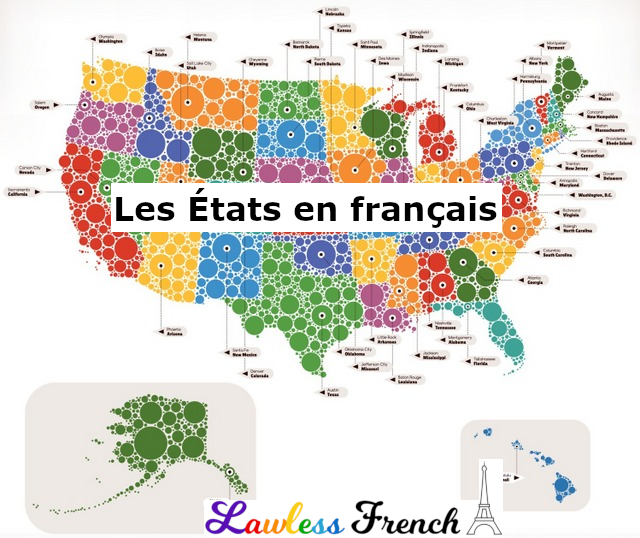