Canada is officially a bilingual country, though outside of the province of Québec, French is considerably less common than English. Nonetheless, Canada’s 13 provinces and territories have official names in both languages.

* According to the Saskatchewan government’s official website and les Fransaskois (French-speaking inhabitants of Saskatchewan), this province is feminine. However, many dictionaries and websites mistakenly say it’s masculine. 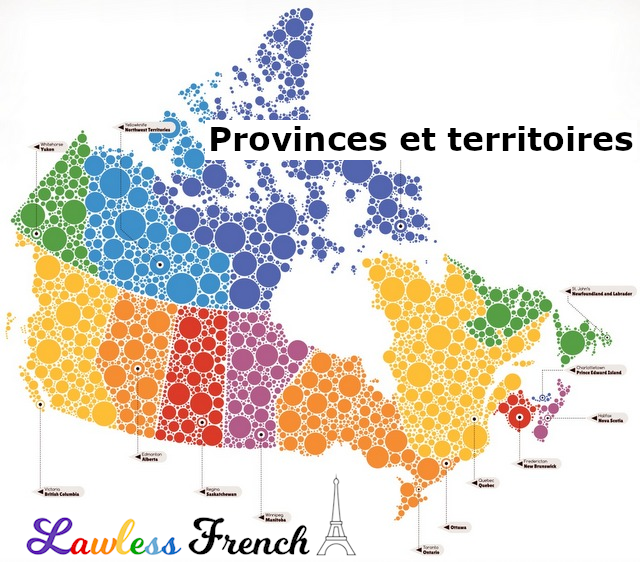