Usage notes: The subject pronoun on in the expression on ne sait jamais is the generic "you" or "we," meaning people in general, and jamais means "never." So on (ne) sait jamais literally means "you never know."

Remember that in informal French, ne is usually dropped.

On ne sait jamais is commonly used as a sort of fatalistic statement about a possibility, whether good or bad.

Note that this is grammatically incorrect: "you don’t never know."

Literally, "One never knows with him if it’s pork or pig." Nowadays lard means "fat" or "bacon," but this expression dates back to a time when lard was another word for a cochon, so the expression was using two different words that refer to the same thing. 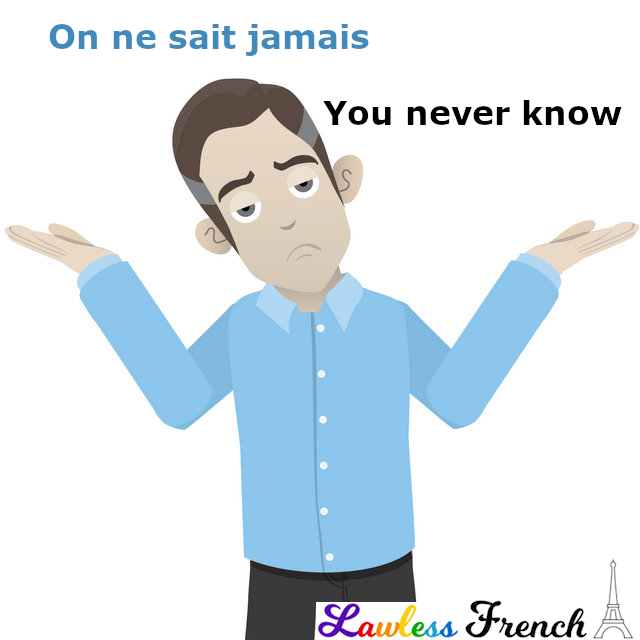