The French prefix re- can be added to hundreds of verbs to make new verbs. Depending on the first letter of the verb it’s added to, re- has a few variations as well as some different meanings.

Generally speaking, re- is added to verbs that begin with a consonant or h aspiré:

The verb recycler is a little different: it was created by adding the prefix re– to the noun cycle to get recycle, which was then verbified.

Re- generally changes to res- in front of a verb starting with s:

In front of a vowel or h muet, re- either takes on an accent (especially for Latin-based words) or contracts to r-. For a few verbs, both spellings exist.

Meanings of re- (and its variants)

2. To return to a previous location, condition, or state of being

3. To emphasize or reinforce a verb

Because the prefix re- has more than one possible meaning, some verbs do too. Sometimes they even have new meanings unrelated to the root verb: 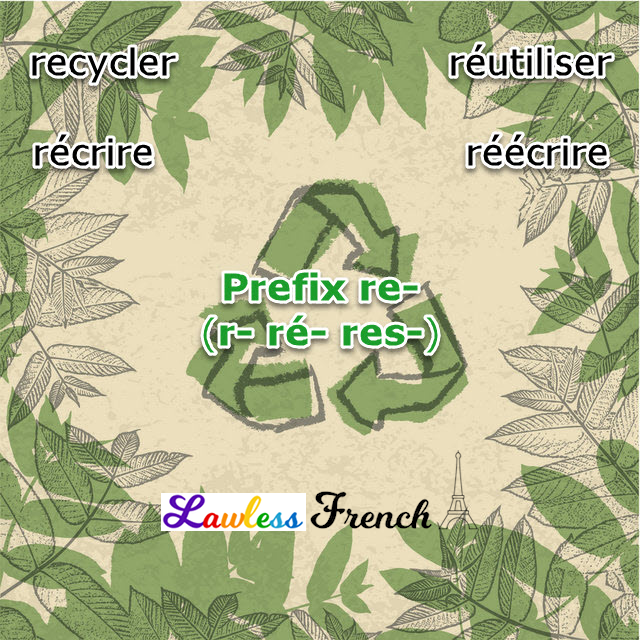