Usage notes: The French proverb impossible n’est pas français appears patriotic, as if to suggest that impossibility is not in the realm of a French person’s abilities – in other words, that for the French, anything is possible.

À cœur vaillant, rien d’impossible. – Nothing is impossible to a willing heart. 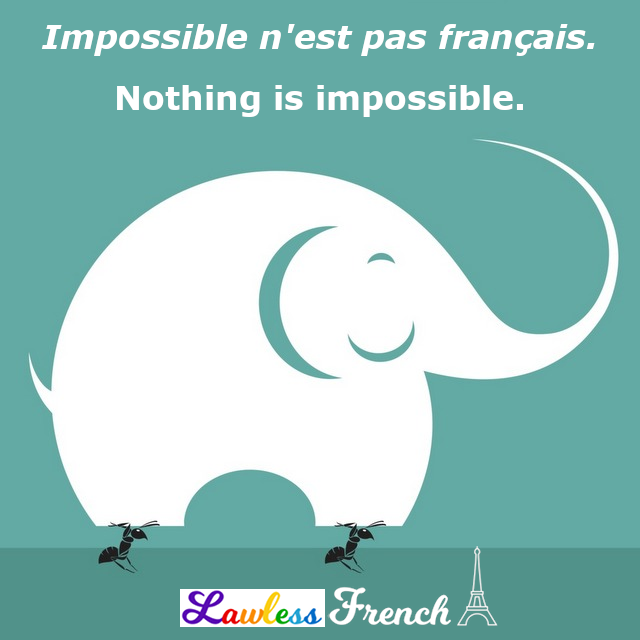