Charles-Henri ne fait aucun bruit depuis des soit qui mal y pense.
Charles-Henri hasn’t made a sound in hours – he must be up to something.

But honi soit qui mal y pense is found much more often in the English-speaking world. First pronounced in the 14th century by King Edward III, it’s the motto of his chivalric Order of the Garter, as well as of

Honi soit qui mal y pense is found on many anglophone countries’ military badges, and is also part of the UK’s Royal coat of arms, which means it appears on British passports.

The historically correct spelling – and therefore what is found on badges, crests, etc. – is honi, which is the Old French conjugation of honnir (to shame, to be contemptuous of). However, the modern spelling is honni, so that is what French speakers will tend to write.

Incidentally, there is a fascinating book about the back-and-forth relationship between French and English, called Honni soit qui mal y pense, by Henriette Walter. 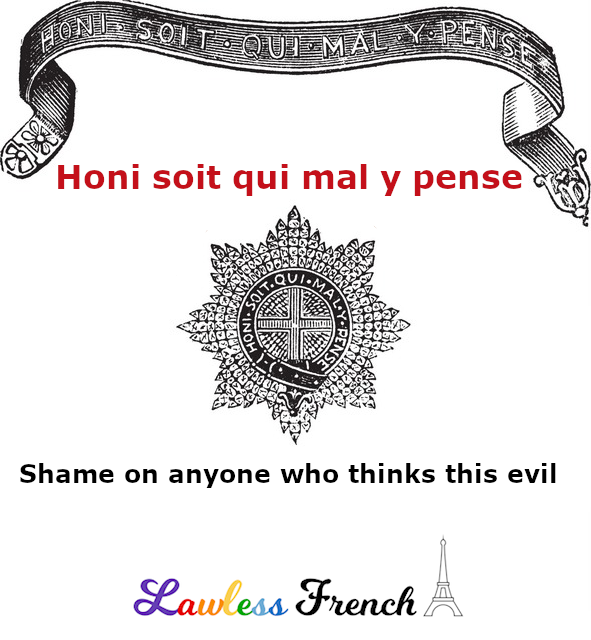